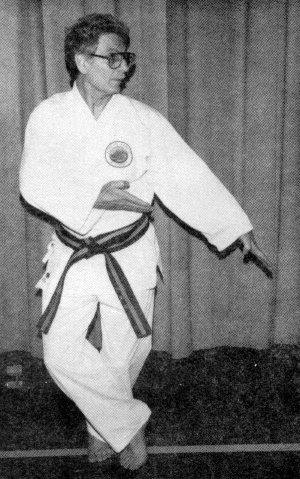 Master Edward Ormanian began his training in Moo Duk Kwan Tang Soo Do in the fall of 1962, at the Downriver YMCA, in Wyandotte, Michigan.  Master Dale Drouillard was instructing the class at that time.  After a few months, Master Drouillard became ill.  Master Russ Hanke, who was a 1st Dan took over and became instructor.  Master Ormanian attained his 1st Dan in October of 1966.

Master Ormanian passed away in June of 1994, but we still train using the same philosophy he showed us.  Although Master Ormanian is gone, his spirit and teachings live on through our current head instructor, Master Rod Pfander, 5th Dan, and Master Ormanian's son, Aaron Ormanian, 7th Dan and the rest of his students.